Kudos to the San Francisco Chronicle’s Matier and Ross reporting team for getting the confidential Harvey Rose audit report. They reported yesterday (Monday, June 12) that the 49ers may owe the City $2 million. Yup. That’s a big number. It’s bigger than many people around town were expecting.

This is major news because it’s only the first phase of the audit. As we’ve pointed out, the 49ers won’t give up documents to the City that they’re suppose to, so a lot of the audit cannot be completed yet. Once the City gets documents, maybe through a court order, the auditors will likely uncover more money that’s owed the City.

We noticed that the 49ers pointed a finger at one former Santa Clara city staffer in the Chronicle story. “These costs were paid at the request of the Stadium Authority’s finance director in accordance with construction fund practices,” said 49ers spokesman Bob Lange.

That person would be former Finance Director Gary Ameling, who left for a similar job in Las Vegas. We emailed Ameling, who emailed us back with a lengthy explanation. He has not seen the draft audit. Ameling writes: “I firmly believe that all construction funds were used appropriately and complied with Measure J.”

Last week, we gave kudos to the Santa Clara Weekly for getting the confidential audit report first. But maybe they only got selected pages. They incorrectly reported that the 49ers only owe $500,000 to the City. Whoops. Somebody should be embarrassed like when the billion dollar Princess Stephanie McMahon and the “The Alliance” received a milk bath courtesy of Kurt Angle. 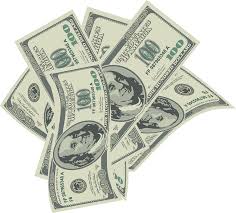 Here are the winners and losers on this issue: