49ers’ No on Measure C Committee Screws Up Its FPPC Forms

City Clerk Hosam Haggag forced Jed York and the 49ers to admit they were spending money on a political poll in December. Now they’re being investigated for violating Santa Clara’s Dark Money Ordinance.

They had to file a form to create a campaign committee.

Haggag sent warning letters to York, 49ers execs, and lobbyists on January 31, 2020. Just one business day later, they filed a No on Measure C committee.

Maybe they should have taken more time.

It was the day after the Super Bowl.  So York and his political team might have been distracted because they really screwed up the form.

According to their FPPC 410 Form, it looks like they are fighting Measure C in San Mateo — not Santa Clara!

And they’re fighting against districts — not redistricting! 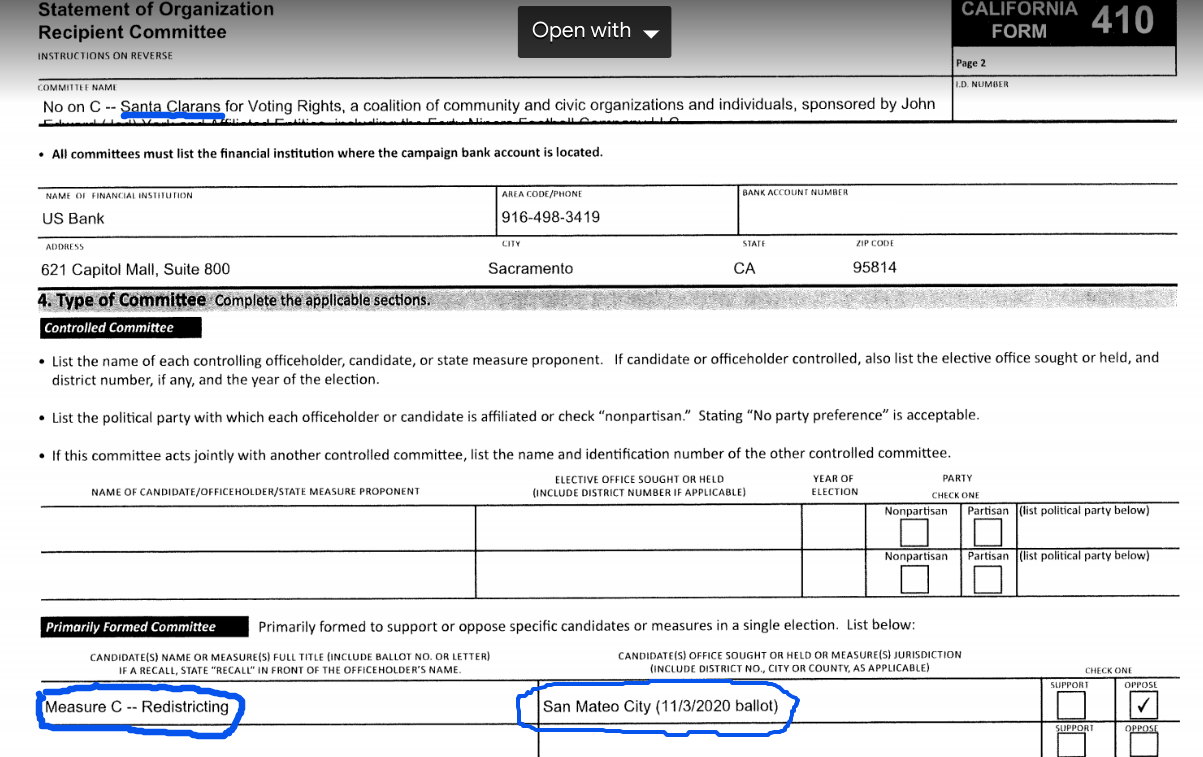 It’s a good thing that York’s political team is different than the people managing the football operations.