By Robert Haugh
On Monday, Vice Mayor Dominic Caserta delivered the State of the City at the Santa Clara Chamber’s annual Outlook event.
It was billed originally as an event with Mayor Lisa Gillmor. But Caserta was subbed in. No offense to the Vice Mayor, but that’s like Barry Horrowitz replacing Hulk Hogan in a WrestleMania main event.

That makes us wonder. Is Gillmor sending the Chamber a message? Is she still unhappy with the Chamber PAC’s bungling efforts in the 2016 city elections when they opposed her closest allies who were easily re-elected by huge margins? (Gillmor did not reply by our deadline).

Or was she not happy that the Chamber misspelled her name in the invite? 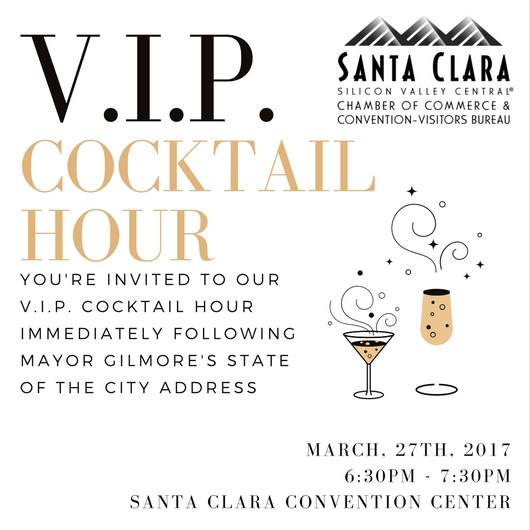 Unfortunately, we could not attend. We didn’t even know the event was happening. There was almost no online publicity about the event. We knew about a Disney trivia event at a local coffee shop though.

But we did talk to some people who showed up. They said it was sparsely attended. If you didn’t count city staff and chamber staff, only about 4-5 tables were filled. Maybe it’s time that Santa Clara consider a real professional state of the city event, like San Jose, instead of what the Chamber attempts to do and doesn’t do very well. The event should include neighborhood leaders and other groups to make it more diverse. And it should be streamed on Facebook Live.

Maybe it’s also time for the Chamber to evaluate its organization. As we reported, Chamber president Chris Horton was rejected for a city commission. That’s not a good sign when your top guy can’t get at least four votes for an appointment. We also hear that the major companies are shying away from the Chamber PAC because of their 2016 political blunders.

Add on top of that some high profile defeats for the Chamber in the last year like the city minimum wage increase and a city worker retention ordinance. Both were championed by Caserta in a little bit of irony.

We’ve reached out to Caserta to offer to reprint his state of the city address on this site. We’ll also ask Horton if he wants to provide a state of the Chamber update which might be a lot shorter.