So here’s what they did:

And they interviewed Caserta! Double wow. 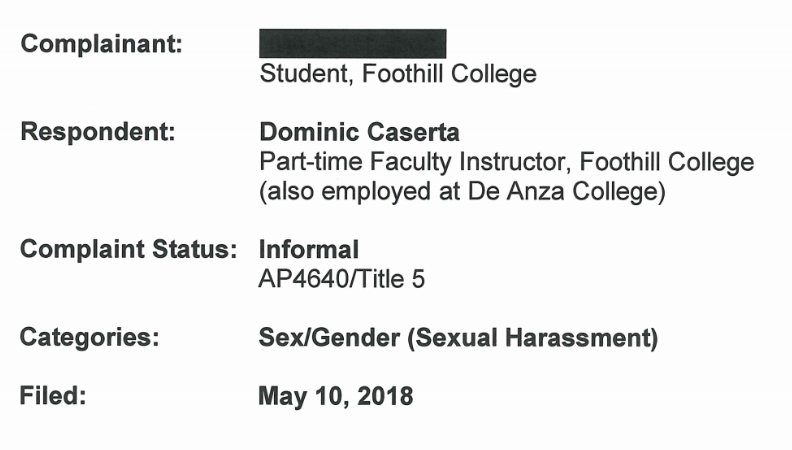 In contrast, the Santa Clara Unified School District still hasn’t finished its investigation. They say they can’t talk to Caserta.  And they won’t release any info because of litigation.

Here’s the latest info that we have from SCUSD. Here’s what Assistant Superintendent Andrew Lucia wrote to us in his July 30, 2019 email.

With respect to your request concerning the amount Mr. Caserta has been paid while on leave of absence, that amount is based on statutory and contractual medical leave payments as well as pay for administrative leave.  The amount paid to Mr. Caserta since May 8, 2018, is: $128,187.01.”

Lucia would not answer a follow-up email yesterday about the status of the case or how much Caserta has been paid. Instead, SCUSD Public Information Officer Jennifer Derrico wrote us back:

“There is no update since the July 30 response from the district.”

We got a copy of the Caserta investigation from Foothill College.  Names and some details have been redacted.

But here’s a summary of the conclusion:

And here’s a summary of the recommendation:

Here are some other interesting things we noticed: