In its first day back from their summer recess, the Council had a short meeting. Good thing everyone was tanned and rested.

They had a Joint Study Session with the Planning Commission on the Zoning Code, New Districts, Simplified Processes, Single-Family District Standards, and Placemaking.

They had a lengthy closed session that started at 4:30. We’re guessing that’s where the real action was because the item was a “Conference with Legal Counsel” regarding the 49ers’ lawsuit against the City.  We’ll have to find out later.

Interestingly, nothing was said at last night’s meeting about the Rolling Stones blowing past the curfew last Sunday night. They had a concert at Levi’s Stadium that went past 10 p.m. — the weeknight curfew. We saw some complaints online, so we’ll wait for the City to address this later, too.

It’s the first time a concert has gone past the curfew since November 2017. That was when City Manager Deanna Santana warned the 49ers and turned up the heat.

They are also the Congestion Management Agency responsible for countywide transportation planning.

They are also the worst transportation agency in the nation, according to the Grand Jury. Ouch.

Here are some charts that show how bad VTA is: 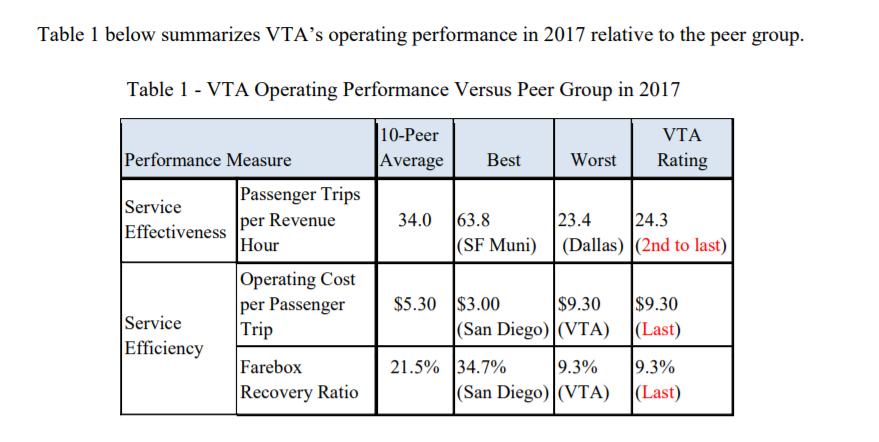 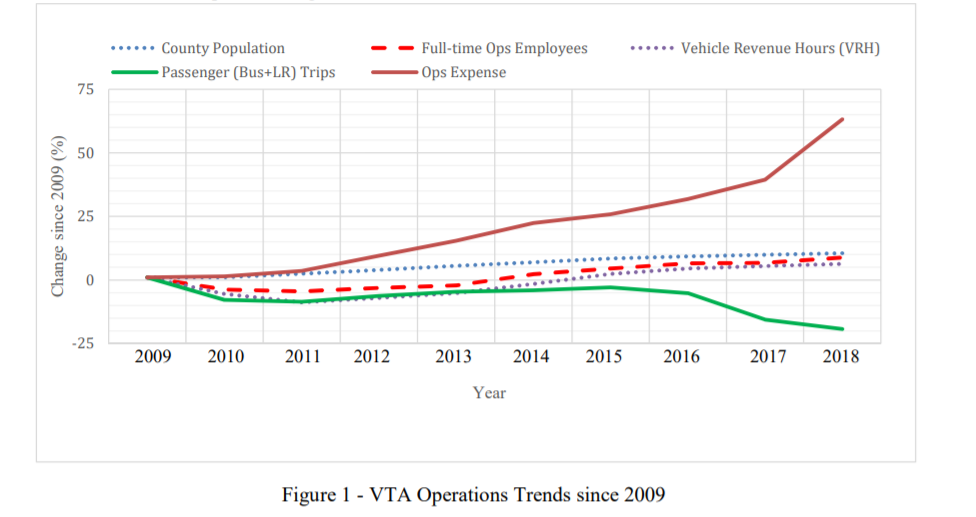 This is not the first Grand Jury in the last couple of decades that came to the same conclusion that VTA is a poorly run transportation agency. This is the third. Double Ouch.

Councilwoman Teresa O’Neill is the VTA Board Chair this year. Last night, O’Neill said she created a VTA committee earlier this year to study VTA governance.  We know she’s spent a lot of time working on VTA issues. So we wish her luck. But it might be too little too late when you look at the above charts.