On September 19, 2019, South Bay Labor Council CEO Ben Field joined with City and community leaders at a press conference about wage theft at the stadium.

The City announced its action to terminate the 49ers stadium management contract.

The City had discovered that the 49ers had failed to pay workers at least $85,000 for one contract for NEXSystems.

Field said he believed that this was just the tip of the iceberg and that the team had many more possible violations. Field publicly urged Attorney General Xavier Becerra to investigate. 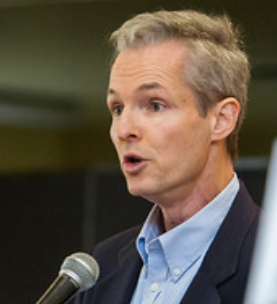 But after three months, numerous sources say Field has dropped the ball.

An active labor council member says nothing has been shared about this issue or any contact made with the Attorney General.

City Hall sources say Field has not been responsive with any information.

We gave Field a couple of weeks to respond with more information about his actions, and to respond to his critics.

We got a brief reply. “It is best not to go into much detail at this point, but we will certainly let you know when there is a newsworthy development,” Field wrote in an email.

A few sources believe that Field made a mistake taking a $10,000 contribution from the 49ers in February.

According to a labor source, Ed McGovern “facilitated the team’s contribution.” McGovern is a former 49ers lobbyist and a political consultant who works on a lot of campaigns for labor.

We discovered and wrote about the 49ers’ contribution in August. Back then, Field told us:

“The Niners contribution was not a major part of our total fundraising.  I suspect that they would like to improve their relationship with Labor, which Labor would like as well.  We certainly have not refrained from fair criticism of the team.”

We’ll continue to follow this story and future 49ers political contributions. We’ll update it with any new information from Field or other sources.